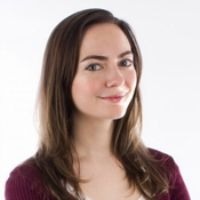 Spoiler alert: Caroline McCarthy ended up in tech despite her best efforts to avoid it. It’s true. After sitting down over Pine Barrens whiskey she shared her story of having an innate interest in tech, but after experiencing the isolating and stereotyping that comes with being “that kid” in school, repressed it in favor of just about anything. Not without accolades, of course, this Princeton University graduate (with a degree in the History of Science – what?) and champion rower, found herself without real direction upon graduation. In an effort to pursue her lifelong interest in writing, she entered the working world as a journalist for CNET, covering the budding tech startup scene in New York City. And that was when the gig was up and she was catapulted back into the world she could no longer actively avoid.

Years later her career boasts more than her long standing tech journalism career, but a tech marketing gig at Google, as well, working on projects like Google+. However, after seeing how the industry works on both of these, often very opposing sides, she has decided to join a “startup like” company where she is able to make lasting change. These days you can find Caroline fighting the good fight as the Vice President of Content & Communications at True[X], where she is helping the future of media by calling out the too old smoke-and-mirror games played by the digital display world… and trying to solve for what comes next.

For more from Caroline (and, at the very least, cute photos of her cat Caterpillar): @caro