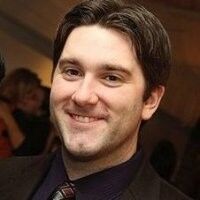 We all have a lost feeling after college life, even astrophysicists! Andrew Fleming originally went to Michigan Tech for physics and then took it one level higher to study astrophysics at Columbia University in New York. He realized before he was officially done with al school that the prospect of him spending the rest of his days studying the stars and universe wasn’t in the cards if he didn’t commit himself to academia in perpetuity. So, he made a choice. Instead of the challenging and uncertain world of science and academia. He chose a totally different route: the challenging and uncertain world of media. He went on to work as a content strategist and senior producer at Conde Nast and, later, VP of Product for Business Insider. Now, Andrew is the Head of Content Platforms at Dow Jones and the Wall Street Journal. Andrew loves his media world and wouldn’t trade it for all the stars in the universe.