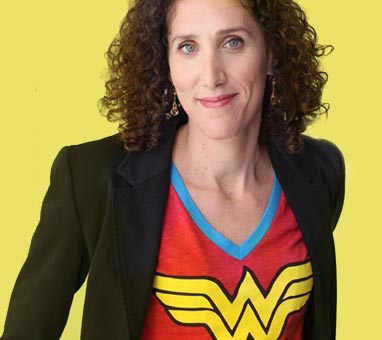 It’s said that true innovation is the reduction of complexity, and if that’s the case, Naama Bloom is an innovator amongst innovators. Most recently acclaimed as the woman who brought the period to virality status, she has made a business of taking the often overly complex conversations of women’s health and milestone moments (which were reserved for whispers or clinical jargon) to the tens of millions of views on YouTube and furthering it to content and newsletters via her company HelloFlo. However, while demystifying these conversations amongst women seems like a “no brainer,” it is not without a sharp strategic mind and business savvy that it has been executed.

As a tech vet, for better or worse earning her nickname as “the Closer,” Naama spent majority of her early days jumping from digital company to digital agency and over again as they folded in the early nineties, which inspired her to eventually go to Cornell Business School. Upon completion, she emerged with more solid footing in the business world and began to climb the ranks as a marketing executive at both American Express and Harvest before she was inspired to take on founder life full-time.

Over a bottle (or two) of red Zinfandel from Sonoma County, Naama shared her experiences of starting a company with just a great idea and great chutzpah, the importance of choosing a cofounder with complementary skills, and the painful battle of raising money while trying to build a brand (and the battle of maintaining a two founder household with her husband, David Bloom). True to her nature as an innovator, she tells her story without euphemism or pleasantries and for that and more, she is truly commendable.

For more from Naama, she tweets as @NaamaBloom and be sure to check out Camp Gyno and First Moon Party on YouTube.