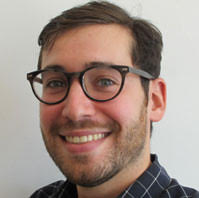 The world of venture capital in New York City tech has changed significantly in the past decade with access to investment for early stage companies becoming more and more challenging. Enter Notation Capital and it’s co-founder, Nick Chirls, who believe that there’s a gap for seed stage investments that he and his team intend to fill. And Nick knows the NY Tech scene. Over beers provided by Alphabet City Beer Company, he walked through his disgust with the traditional finance world and why he left it to explore the startup world, ultimately landing as a the head of investments at Betaworks.