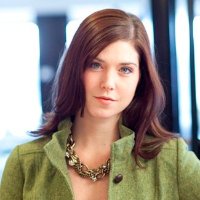 Christina Wallace is a tried-and-true “jack of all trades.” A self-prescribed generalist, she’s made the successful leap through many different industries and roles; from degrees in mathematics and theater from Emory, to “diva management” at the opera, to Harvard Business School and founding her first company, Quincy. And while her path was winding, it’s very much by design. Refusing to focus, she’s set out to “do” all of the things she loves, drawing parallels where they exist, which have ultimately culminated as her dream job as the Founding Director of BridgeUp: STEM, a new educational initiative at the American Museum of Natural History focused on introducing girls and minorities to computer science.

But no great story is without its challenges. Over whiskey gingers, Christina gave her candid account of how to make it work and what she did when it didn’t (like at a $1MM company that was failing, for example). She reminds us to be resilient, what REAL networking is, and proof of the power of the Violence of Articulation. And through her efforts, she continues to inspire us that the future of tech is a bright one.

For more on BridgeUp: STEM, which has it’s first cohort of new after-schoolers starting this month, see: http://www.amnh.org/learn-teach/grades-9-12/bridgeup-stem/brown-scholars

And, of course, hit up @cmwalla. Tell her we sent you.